Switzerland is a Winter Paradise 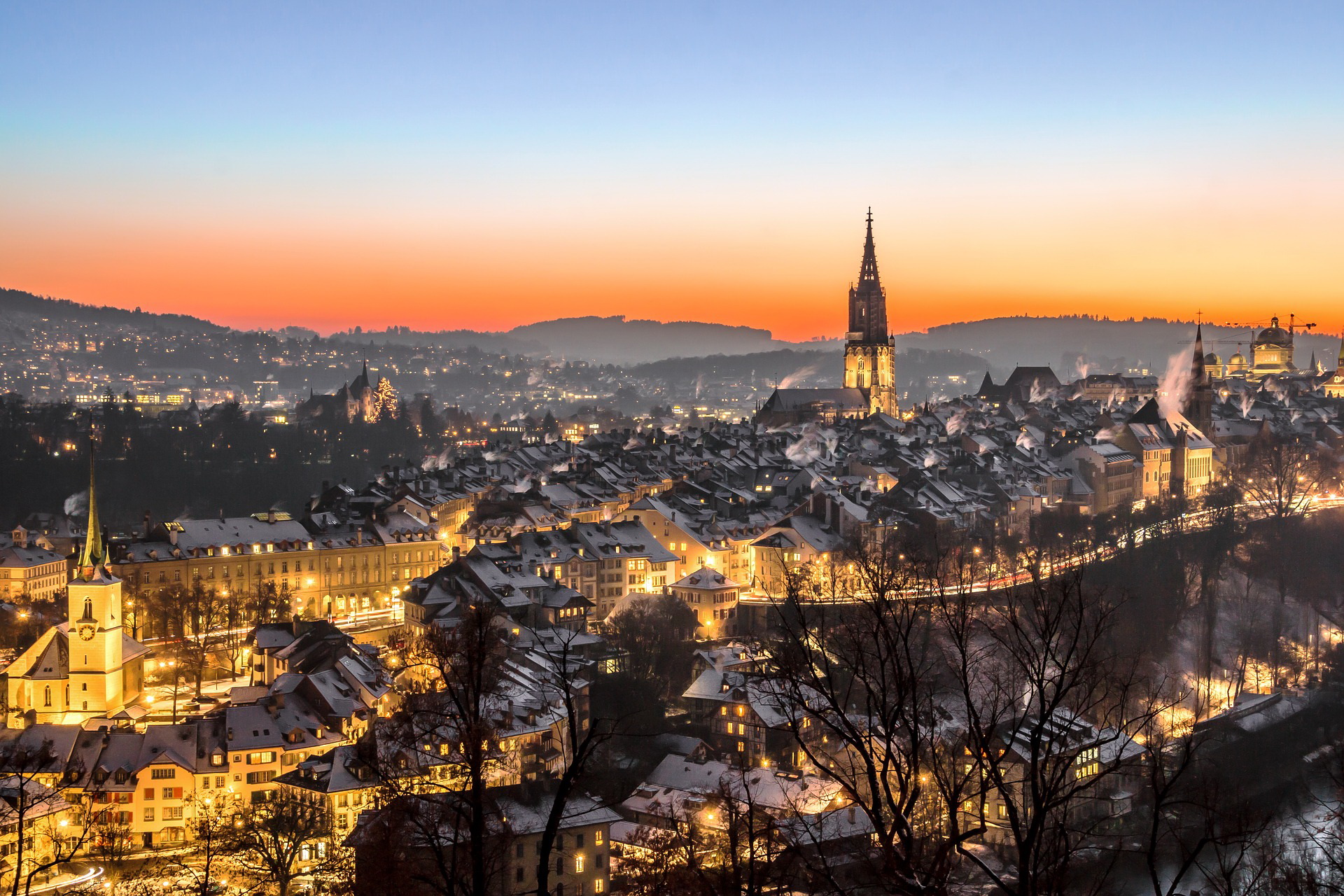 Switzerland or more formally called the Swiss Confederation, is one of Europe’s most revered countries.  This small country of nearly eight and one half million is certainly one of the most influential on Earth, wielding as much influence of any 5 times its size.

Switzerland is a federal republic situated in western, central and southern Europe, and is bordered by Italy to the south, France to the west, Germany to the north, and Austria and Liechtenstein to the east.

The Swiss Alps occupy the greater part of the country and the big cities are all located on large plateaus. The two most prominent cities in Switzerland, Geneva and Zurich are both global cities and economic hubs. Spanning the intersection of Germanic and Romance Europe, Switzerland comprises four main linguistic and cultural regions: German, French, Italian and Romansh. Although the majority of the population are German speaking, many of the population speak Italian or French, but the country is rooted in a common historical background and shared values.

The country is one of the most welcoming in the world. You will find friendly people, lots to do, and a Switzerland house for rent in all of the major cities and ski area.

Zurich is the largest city in Switzerland and is located in north-central Switzerland at the northwestern tip of Lake Zürich. It proximity to the water and the mountains makes the city one of the most beautiful and many people come here just for its relaxing and laid back charm.

Zürich is Switzerland’s central hub for railways, roads, and air traffic. And in terms of the country’s traffic, both internationally and domestically, both Zürich Airport and railway station are the largest and busiest in the country.

The city’s official spoken language is German and in spite of having a relatively small population of under 2 million, Zurich is one of the world’s largest financial centers. Zürich has also been named named the city with the best quality of life in the world, as well as one of the wealthiest city in Europe in terms of GDP per capita.

Although finance dominates this top of the world city, it is also a hot bed for culture with more museums and galleries than anyplace else in Switzerland and a diverse culture dating back thousands of years. Today the city has built into its core an ethnic diversity that other cities revere. This is exhibited in the overall feel of the city, its culture, food and attractions.

The culinary offerings in Zurich run the complete gamut. The city has one of the highest numbers of Michelin-starred restaurants per person in Europe. The city’s rustic pubs, street food festivals, and pop-up restaurants also enjoy a great degree of popularity with inhabitants and tourists. The city also has Switzerland’s hottest nightlife with dozens of nightclubs and discos. Zurich is also less than one hour from the Swiss Alps allowing those who come visit access to the best skiing and hiking in Europe. 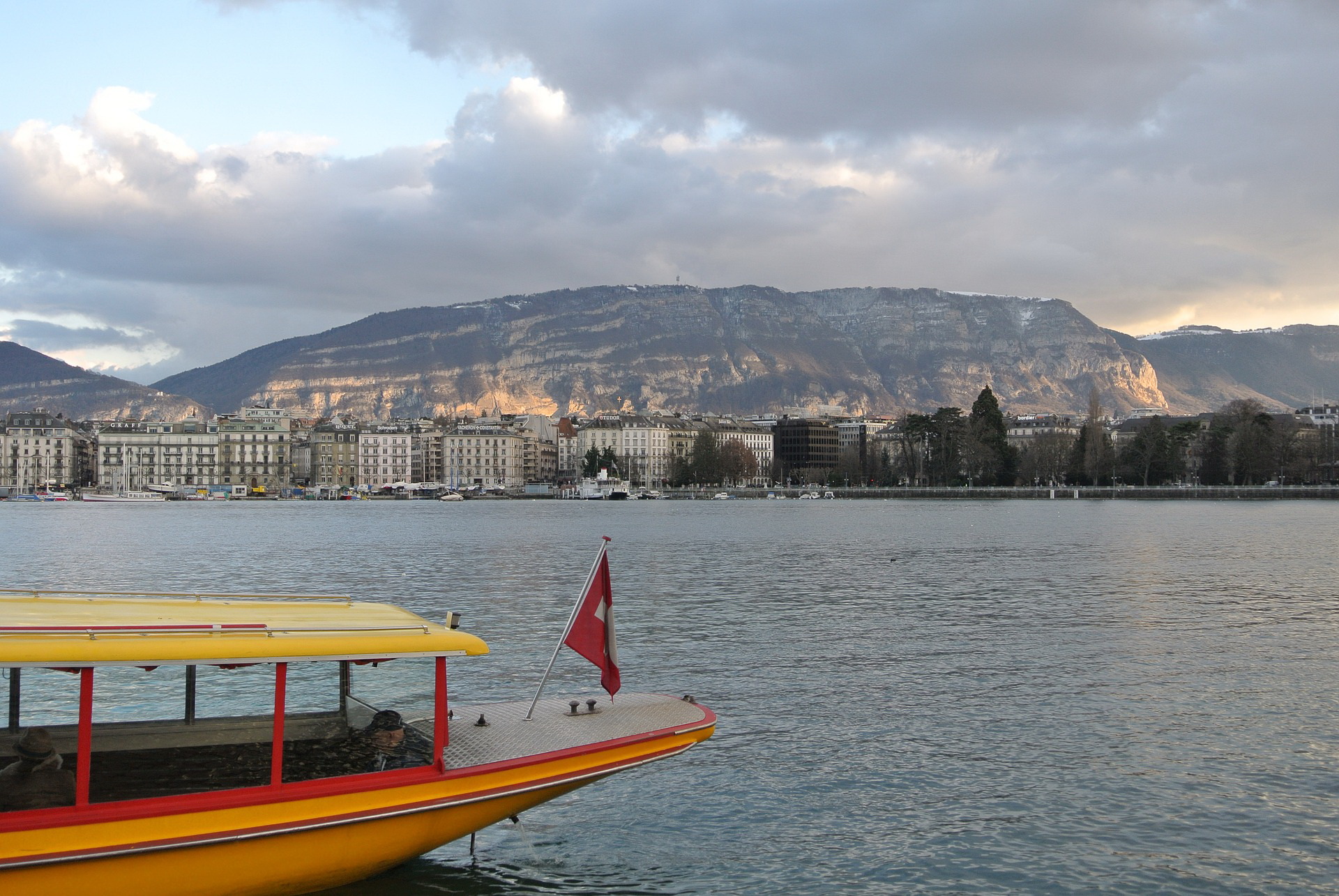 Geneva is the second most popular city in Switzerland and the most popular French speaking city in the country. Geneva offers you a great selection of experiences in a natural setting hard to match anywhere. This city is cosmopolitan and old world and is the watch making and chocolate capital of the world. It is also known for its precision in terms of service and hospitality as well.

Geneva is home to the European headquarters of the United Nations, and is one of Europe’s cultural centers featuring world class entertainment, top rated restaurants, and unlimited opportunities for recreation.

The city is known internationally as the city of 1001 delights because the amenities keep coming and get better each time. Geneva is also a gateway to the Alps, and with the Rhone running through the center of the city, a peaceful lakeside haven.

Enjoy the many museums and galleries featuring some of Europe’s most loved art and artists. And you can go skiing or take a once in a lifetime hike just one hour from the city in the famous Swiss Alps. The city offers anything anyone could want in abundance. Places in the city to visit include Old Town, Paquis and Les Grottes international districts, and the Plainpalais Flea Market. 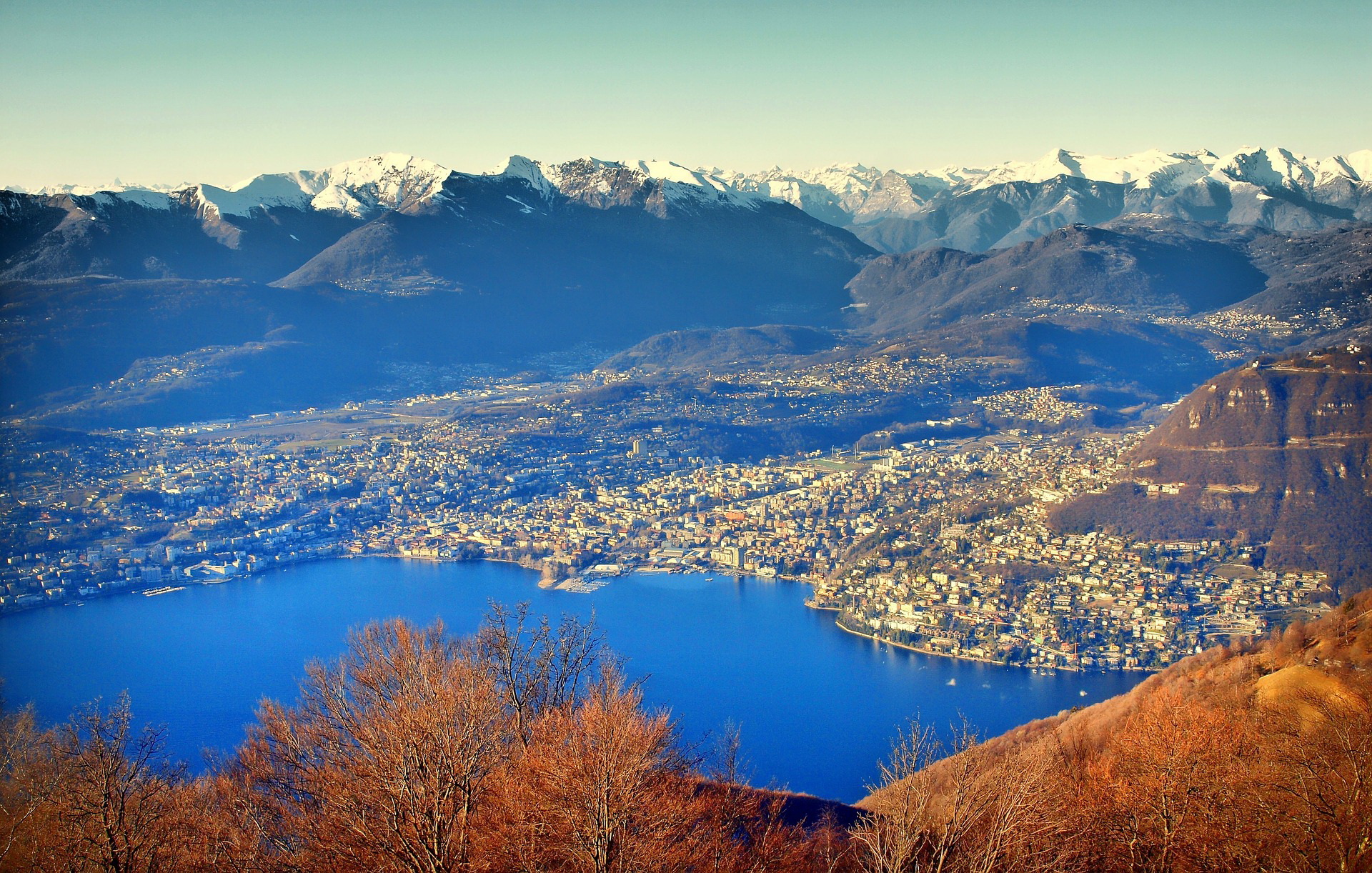 North of the gorgeous Lake of Lugano, and bordering Italy in the South, sits the gorgeous city of Lugano, which is a completely different look at Switzerland. Here the natives speak Italian and the look and feel is definitely Italy. You will find romantic villas and rich Italian influenced cuisine here and much warmer weather. The city is filled with museums featuring Italian painters and hosts a number of heritage sites in neoclassical palazzos. Lugano has been dubbed the ‘Monte Carlo of Switzerland’.

Switzerland is one of the most popular and exciting ski areas in Europe and attracts ta wide range of skiers from all around the world. The top ski resorts include:

Verbier – the best location in the whole of europe. Full of luxury shops and luxury chalets, the town caters to all guests with catered and non-catered properties for small groups or corporate clients. Tempston Luxury offer excellent chalets in Verbier for short term or seasonal rental with a variety of catering options.

Crans-Montana – Located on the Matterhorn and Mont Blanc, the highest mountain in the Alps with peaks reaching nearly 10,000 feet. Skiing is to die for and there’s a snow park for snowboarders. 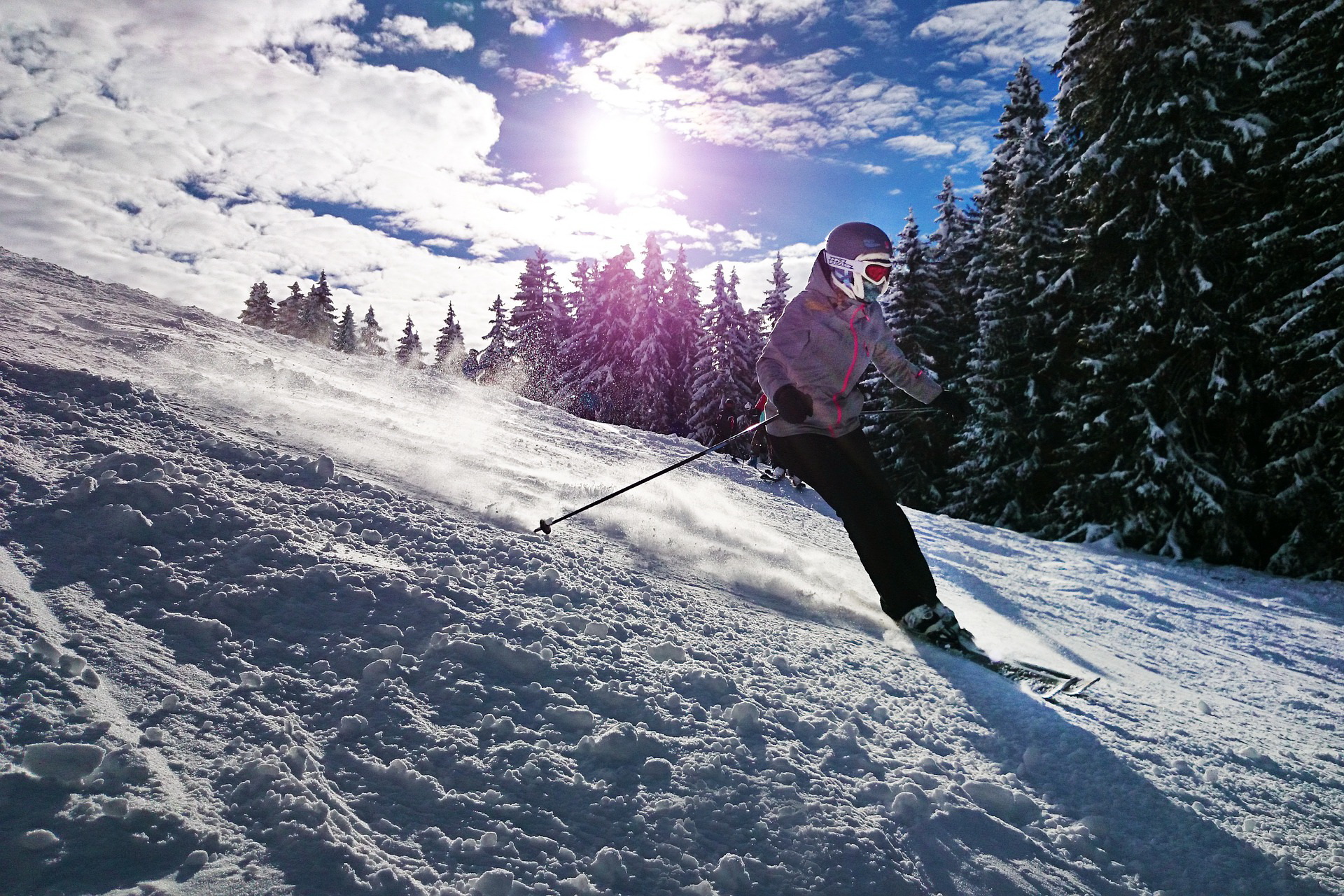 The St Moritz – Located in Upper Engadine, the St. Moritz, is called the ski resort “on top of the world. It is one of the oldest and most popular ski resorts in all of Europe.

The Gstaad – Set in southwestern Switzerland, in the Canton of Bern sits one of the bet ski areas of the world.

All of these areas are also great for hiking in the warmer months.

Most guests arrive at Zurich Airport which is one of the most popular in Europe and connects with virtually every major city in Europe. From Zurich every major city in the country can be connected via flight or rail. You can also take a flight into Geneva from most European cities.

Traveling in the Country

Switzerland has some of the best paved streets in the world and has a well laid out system of roads that can take you anywhere throughout the country. Driving is easy and most can do it without getting off the path to their desired destination. As you drive from city to city or city to country. You can count on beautiful views of the Swiss countryside.

The most popular and well developed system of travel within the country however is the Swiss rail system. Many Swiss natives actually use it to commute to and from work and to go on vacation across the country.  Like most thing in the country, it is punctual and efficient. Getting around the system is one of the easiest things to learn with no need to speak or read the languages of the country. The ticket sales people are very helpful and can provide a complete itinerary for your trip including transfer stations, the time of transfers, and even which car you need to get into on the train. Purchasing tickets is also a breeze with kiosks that offer multi-lingual interfaces allowing you to pick first or second class seating and booking for solo travelers or any size group.

Switzerland is a country that most people will hear about and think that it is off limits to them, but if they take the chance and come they will find a beautiful place with inviting people and lots to do year round. One visit and you are sure to return to this winter paradise.

Why You Should Forget London and Visit ManchesterNext Article 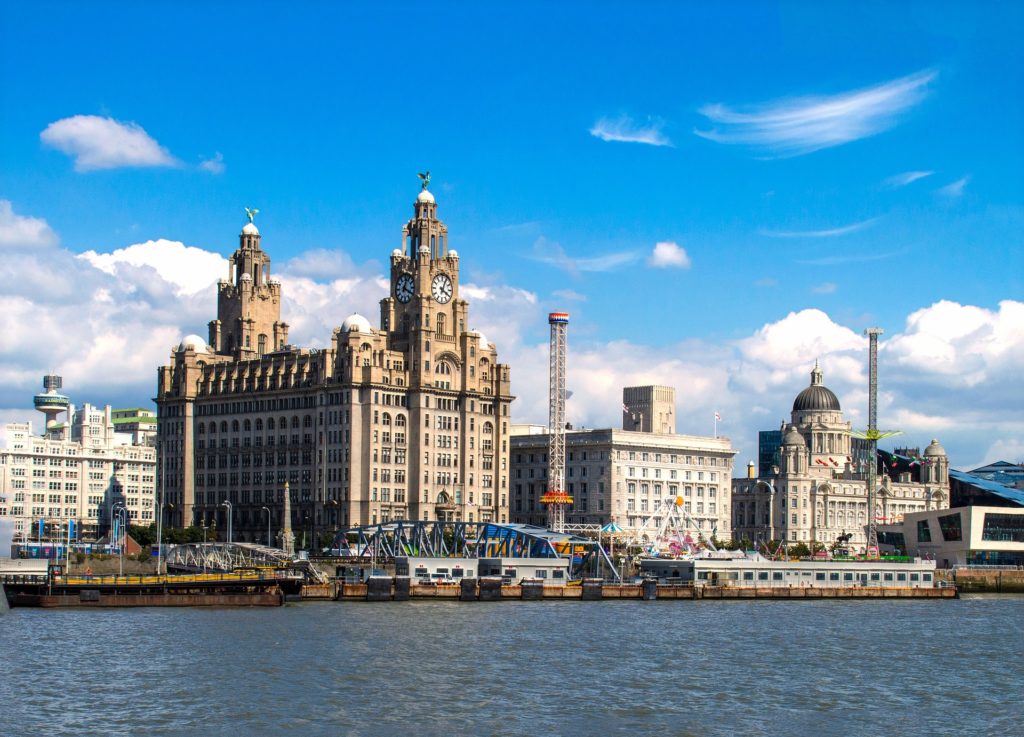