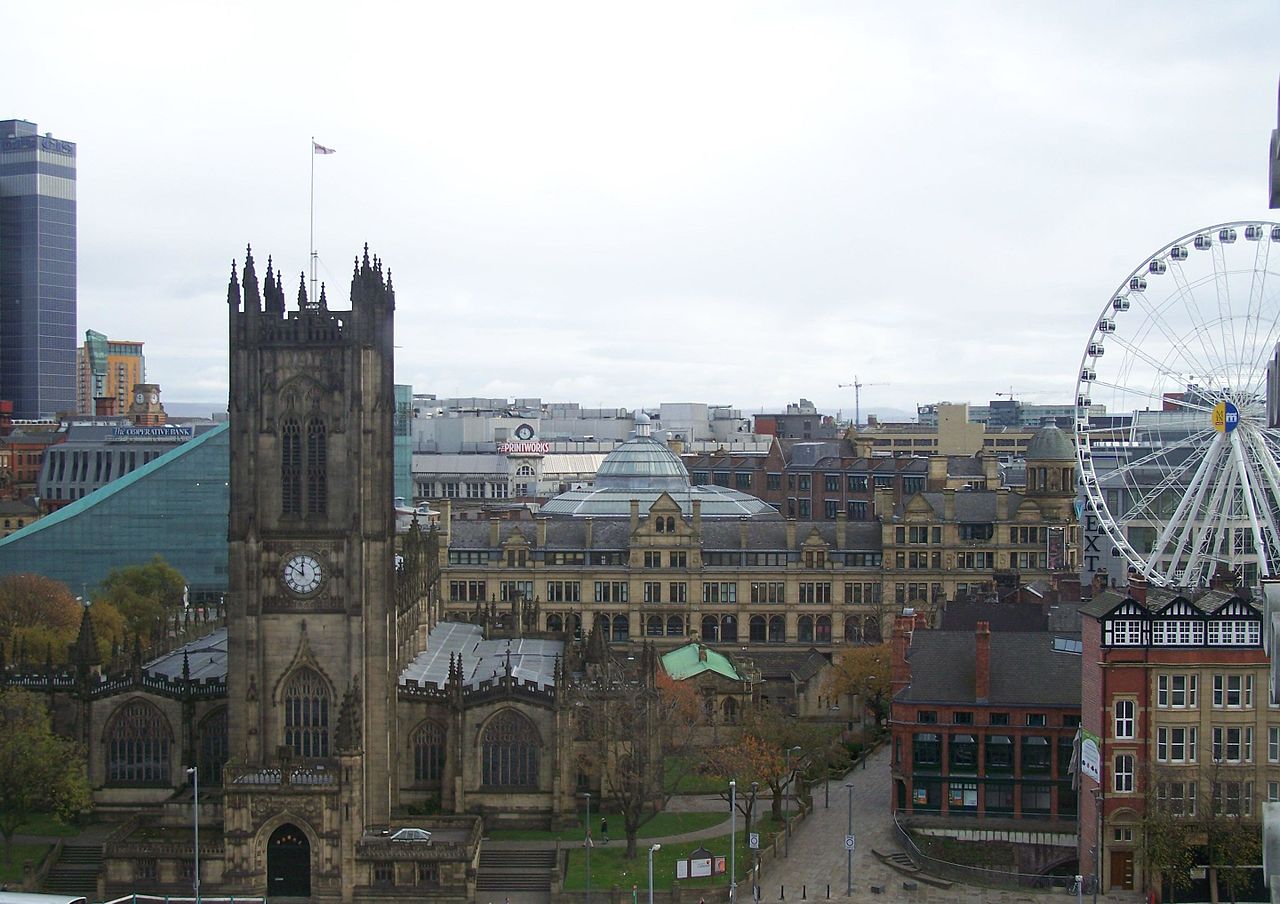 When considering a city break in England, London seems to be the only place that gets a look in from most people. We can understand that. It’s the country’s capital city. It’s huge. There are seemingly a thousand districts with their own cultural identities, and there’s just so much to do. It’s a thriving city of art, music and culture, where the old meets the new everywhere you look. It has galleries where Picasso and van Gogh hang on the walls. It has Michelin starred restaurants, including Restaurant Gordon Ramsay, which holds an amazing three stars. There are sections of the British Museum where mummies and sarcophagi bring Egypt to life, almost as much as the website Egypt Slots that has free spins no deposit offers. But it’s not quite Manchester.

Manchester, by being in the North, seems to get overlooked. If you’ve overlooked it until now, it’s time to stop doing so, and here are some excellent reasons why.

The Christmas Markets Are Incredible

Given the time of year, Manchester will soon be opening its Christmas Markets, which are indisputably the best in England. Primarily set in the shadow of the city’s awesome town hall, the ever expanding markets now cover a vast swathe of the city center, and they’re just a great place to eat, drink and be merry.

Whether you just want to look at the lights in the trees, enjoy a hog roast, try some strudel or mulled wine, Manchester’s Christmas markets are something everybody should try once. Oddly – and you’ll only understand this if you’ve been there – it feels like celebrating Christmas in Germany.

The USA may have Nashville, but Manchester is the true powerhouse of the British music scene. The list of bands who’ve come out of Manchester reads like a who’s who of all the important names in music for the past thirty years:- Oasis, the Smiths, the Stone Roses, New Order, the Verve, Elbow, the 1975, James, David Gray…the list goes on and on. You could even include Take That if you wanted to.

That spirit of music lives on in Manchester. You can go and see the old sights if you like; stroll past the famous Salford Lad’s Club and what’s left of the Hacienda. Or you could go to one of the city’s burgeoning music venues and see what the next generation of great bands looks like. Try the Dry Bar, Night and Day and the Deaf Institute for starters.

It’s Got An Art Scene Of Its Own

Don’t think that the capital has a monopoly on great art. Nothing could be further from the truth. Manchester has an art scene of its own, and it’s growing all the time. This is, after all, the birthplace of LS Lowry and Peter Saville. There are a range of pop up and boutique galleries in the city, especially in the ultra hip Northern Quarter.

If your tastes are a little more traditional, there Whitworth Gallery is the place to go. It’s half hidden away in the middle of a park, but it rewards who go in search of it with exhibitions by Andy Warhol among others.

You’re On The Doorstep Of The Lake District

One of the problems with going to London is the sheer size of it. Once you’re in the center of it, for as far as you can see in every direction, everything is still London. There’s no escaping it, and there’s not much in the way of greenery unless you count one of the parks, which we don’t. Hyde Park is lovely, but it’s not an outstanding area of natural beauty. Not like, say, the Lake District.

Manchester is less than an hour – either by car or train – from various parts of the Lake District, and if you’ve never seen them then you really must take a trip. The Peak District and the Pennines are both within easy reach, too. If you truly want to see where the hills touch the sky, and the reservoirs and lakes run deep, get away from the city and see what surrounds it.

Great Food And Drink Is Everywhere

Districts of Manchester are battling each other head to head to be named king of the food and beer scene. For a long time, if you wanted the sharpest in clothes and a taste of the unusual, the Northern Quarter was the only place to go. To be fair to it, it’s still fantastic. But these days it’s being given a run for its money by a resurgent Ancoats, which is redeveloping itself one bar and restaurant at a time.

And that’s to say nothing of the Bohemian cool of Chorlton, or the hipster paradise of Didsbury. Altrincham is a little further out, but quietly contains a food market that might put all the rest to shame. And the best part? Manchester’s connected tram service means traveling between any of these places is quick and easy. You could do them all in a day!

The People Are Friendly

It’s not just about chatter though. Most Mancunians are friendly and helpful. If you look lost, they’ll offer you directions. If want to know where’s good to go, asking a passer by will usually get you the answer. The city is warm and welcoming, and you instantly feel like an honorary Mancunian when you arrive, no matter where you’re from.

If it’s boutique shopping you’re after, Manchester really has London sewn up here. Manchester’s Northern Quarter is full of tiny designer outlets, selling artisan clothes and items for reasonable prices. You can buy items there which you can’t get anywhere else on Earth. There’s also the legendary Afflecks Palace, which caters for the bespoke and the unusual. The ramshackle five store shopping center has to he lived to be believed, but needless to say it’s a unique experience.

It’s not all about the weird and wonderful, though. Outlets of every high street and top range store you could think of are located within the massive Arndale Center. And if that isn’t quite big enough for you, you can head five minutes out of town and go to the Trafford Center instead. London ranges, with Northern prices. Everyone’s a winner!

Well, everyone except London, that is.

Switzerland is a Winter ParadisePrevious Article

Exciting Things To Do in MauiNext Article