Exploring Boca Raton is not so easy even if it is a relatively small area with not so big a population. There is plenty to learn about the area, so exploring this is a task worthy of attention.

Boca Raton is the southernmost city of Palm Beach County in Florida. It was first incorporated on August 2, 1924, as Bocaratone and then was declared as “Boca Raton” in 1925. The Boca Raton population was estimated in 2015 by the US Census Bureau to 93,235. But the outside population with Boca Raton address, people who live outside its municipal boundaries, is approximately 200,000. Boca Raton is famous as one of the wealthiest communities in southern Florida.

The main campus of “Florida Atlantic University” is on the Boca Raton soil.  There are a lot of public schools in the area and they are managed by “The School District of Palm Beach County” which is the thirteenth-largest public-school district in the United States. Besides this, there are elementary schools in the area and some of them in Boca Raton. Also, there are many private schools. So, there are no worries about education if you want to move into a Boca Raton with your family. If you intend to move there you have to find professional moving assistance in Boca Raton, FL and try to accomplish this on your own and the satisfaction of your family.

The climate is warm and it is sunny most of the year. Thunderstorms with showers are typical in the hot season, from June to September. Frost is unknown in Boca Raton. The growth of tropical trees and plants are supported by this kind of climate. The average temperature in Boca Raton is daily mean  76°F and by seasons 70 – 80°F in winter and  80 – 90°F while summer. If the climate is one of the main issues to decide should you move to Boca Raton, you’ve got the answer. To explore how to find trustworthy movers is on you.

You may also be interested in the demographic structure of Boka Raton. Most of the people are white, about 79,1%, Hispanic 11,9%, black or African American 5,2%, and others.

Organize a vacation to Boca Raton to explore it

Maybe it is a good idea to explore the Boca Raton from inside and make a decision on what to do. There is a lot of locations and attractions to visit and see. Take your family, pack your beach gear, sunglasses, a hat for the sun and go there on vacation and exploring.

Go there and find many attractions you’ve didn’t see before, go for a swim, diving, see some cultural objects like “The Boca Museum of Art” which is a leading cultural institution in South Florida. This museum is recognized as one of the most dynamic changing exhibitions and distinguished permanent collection. So, you have to find out what is the exhibition is now on. If you are interested to see or to taste some sweetwater in Palm Beach Florida there is one more attraction for you Lake Worth or the  Lake Osborne in this area. 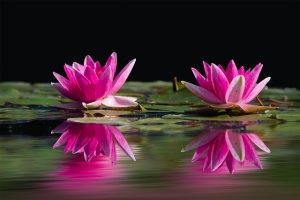 Your vacation can be very useful. You can find a place to live that suits you. You may find a school for a child. Maybe the job. At least if you do not anything that will occupy your attention, you will rest at least, you will be fresh and you will be able to think about further plans. In a word that could be a working vacation.

Search all about the Boca Raton

Vacation on the spot is good, but you can not see everything you want to see and explore. Internet searching is more advanced if you are not sure that you ‘ve seen everything you wanted. Of course, you have to search extra for information about the prices, taxes, renting a temporary home eventually, various administrative costs, to calculate everything to the details to save any money if it is possible.

There are very unusual places in Boca Raton. Many locations would make you stop at least a little. Boca Raton golf club, Boca Raton lake, Mizner Park, Boca Raton’s eastern coast has two miles of beaches, prominently Red Reef Park and South Inlet Park. All these places deserve to be visited at least for a short time.

Also, there are some annual festivals and events. The Boca Raton Bowl, Greek Festival, Festival of the Arts BOCA in spring, and Brazillian Beat Festival in the fall. 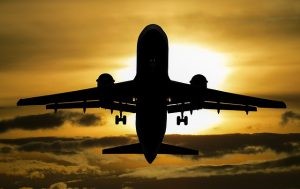 This was a little exploring of Boka Raton. From its educational system, through climate, demographic structure and small research of places for living, of course, traffic to this conclusion. However, Boca Raton is a good place to live if not for life then at least to go and visit because there are many beautiful places of natural and those that people made.