Must Visit Attractions in Sydney

Sydney is the oldest and by far the largest and most populous city in Australia. The metropolis on the Tasman Sea is still not the capital of Australia. This is Canberra, just under 300 km further south. Sydney is the capital of the Australian state of New South Wales .The home of over five million “Sydneysiders” offers a too colorful mix of European and Asian traditions. The hustle and bustle of a modern big city are, at times, pleasantly interrupted by Australian serenity. The following places are great for you to visit when in Sydney, are you ready to fly into Sydney? Before you go, remember to buy travel insurance online.

The Sydney Harbor Bridge opened in 1932, is Sydney’s most famous landmark alongside the Opera House. To give you a little idea of the construct’s size: It takes ten years and requires around 30,000 liters of paint to paint the 49 meters wide Harbor Bridge entirely. As soon as the painters have finished having fun, they have to start all over again, as the paint is already off at the beginning. The Harbor Bridge can easily be visited for free. A walk over the bridge is an absolute must for a stay in Sydney because of the opera’s incredible views. The footpath is on the east side of the bridge. With a rental bike, you could also use the bike path on the Harbor Bridge’s western side. The Harbor Bridge itself can be admired utterly from the forecourt of the world-famous opera house. The small parks below are also ideal for a picnic. The numerous harbor tours you can take in Sydney naturally also lead to Australia’s most famous bridge.

The Rocks is a historic and formerly poor port district, where the settlement of Australia began. The district’s name at the south end of the Harbor Bridge can be traced back to the sandstone rocks from which the first houses were built here. Markets, pubs, galleries, museums, and hotels make The Rocks a particularly lively area in Sydney’s absolute center. And even if the pubs around the cobblestone streets of The Rocks are still busy partying: The excesses will certainly no longer match the feasts of the sailors, dockworkers, and soldiers who made the streets unsafe here at the beginning of the 19th century. Traces of The Rocks ‘era as a working-class district are most likely to be found in Playfair Street, with its former warehouses and workers’ houses. Also of interest in this regard is the Susannah Place Museum on Gloucester Street, where you can see what life was like for the working class in The Rocks from the 1840s onwards. Something similar can be said about ” The Rocks Discovery Museum. ” In an old warehouse, it deals interactively with the district’s history – starting with the time before European settlement up to the present day. The museum is open daily from 10 a.m. to 5 p.m.

The Sydney Opera House is the most famous of the Sydney landmarks. Even more: It is probably one of the first associations that people – along with koalas, surfers, and sunburn – around the world think of Australia. And to top it off: The Sydney Opera House and the Eiffel Tower, Brandenburg Gate, Big Ben, Golden Gate Bridge and the Statue of Liberty, is one of the most famous buildings on this planet. It has also been a UNESCO World Heritage Site since 2007. The Sydney Opera was built between 1959 and 1973 according to plans by architect Jørn Utzon. He should have succeeded in the feat of having designed a building that is at least as famous as his small but subtle homeland. Incidentally, the term “opera house” incorrectly indicates that it is only a single concert hall. However, that is not true. The Sydney Opera House is home to a total of six venues behind its famous facade. Together this results in a capacity of 5,738 seats.

Coming from the opera house, you can continue walking to the neighboring botanical garden. This 30-acre garden was founded in 1816 and offered highlights such as a rainforest walk, a succulent garden, and rare and endangered plant species. As for the Melbourne Botanical Garden, the following applies here. Accordingly, the Royal Botanic Gardens are a great and centrally located place for a neat break – or even a picnic – in the countryside. By the way, the chic building on the Botanical Garden’s northern edge is the Government House. This is the seat of the governor of the state of New South Wales.

Together with the Opera House and Harbor Bridge, the second-highest television tower in the southern hemisphere is Sydney’s most famous landmark. It was built between 1975 and 1981. A public viewing platform is located at a height of 251 meters and provides a spectacular view of its surroundings. Most people who have visited this tower liked it so much.

The grand Queen Victoria Building in Sydney’s is the most elegant shopping mall. It was built around 1898 and was home to a concert hall and shops for tailors, hairdressers, and florists, in the middle of the 20th century. However, the magnificent building was forgotten and was even supposed to be demolished at the end of the 1950s. Fortunately, that didn’t happen. So the building was able to reopen in 1986 after restoration. Since then, the Queen Victoria Building has housed 180 boutiques, jewelry stores, cafes, and restaurants and is considered the most popular mall in Sydney.

Darling Harbor is located west of Sydney’s city center and is one of the absolute hotspots for tourists in the city. If you want to get to know Sydney mainly away from the tourist crowds, you should avoid the central waterfront district with its numerous hotels, restaurants, bars, and clubs. However, if that doesn’t bother you, then the district offers you a diverse entertainment program. The main crowd pullers in Darling Harbor include the SEA LIFE Aquarium, the WILDLIFE Zoo, and the well-known chain of guard figures with the beautiful name Madame Tussauds.

Sydney’s Chinatown is roughly between Central Station and Darling Harbor. Suppose you have already been to the Chinatown of another western metropolis. In that case, you should be able to imagine what the Chinatown of Sydney has to offer – namely many Asian restaurants and the entrance gates typical of China towns.

7 Romantic Things to See and Do in ParisPrevious Article

Wandering, But Not Lost: The Best Travel BooksNext Article 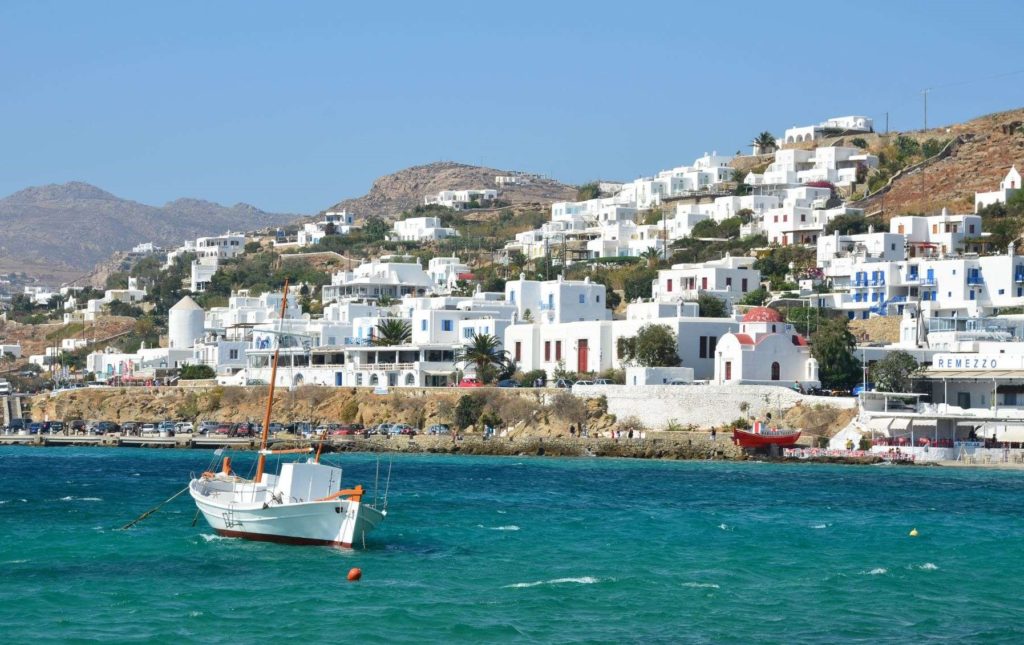 9 Things To Do in Mykonos, Greece