Canada is a truly beautiful country, one which welcomes its visitors with open arms both to its cosmopolitan cities and quaint villages. The country is blessed with a scenic landscape and some incredible National Parks. After Russia, Canada is actually the largest country in the world by total area. There really is so much to explore! Here are our top 7 reasons to visit Canada.

Canadian Cities are both modern and liberal. Cities like Toronto, Vancouver and Montreal are vast Urban Metropolis with large populations and their own distinct personalities. The Capital Toronto with its 5 million residents is the economic hub of Canada and the most cosmopolitan city with a large international community. Toronto sits on the Shoreline of Lake Ontario, one of the largest freshwater lakes in the world. It is also the best city for international flights so you can find cheap flights to Toronto and start your adventure from there. Vancouver is set alongside the Ocean with some nice beaches and is backed by mountains making it a very scenic city. Montreal the smallest of the 3 cities is predominantly French-speaking, has more of a European feel to it and is surrounded by wonderful nature. All 3 cities have a vibrant nightlife and fantastic dining opportunities to enjoy.

Blessed with beautiful lakes, snow-capped mountains and a flourishing wildlife Canada is full of Natural Wonders, many of which can be seen at the country’s 31 national parks. You have The Rocky Mountains that span across The Banff and Jasper national parks featuring pristine forest, emerald lakes, and elegant waterfalls. These gorgeous national parks are home to wide arrange of animals that include wolves, elk, moose, and bears. Then there is Niagara Falls one of the world’s largest waterfalls. This natural wonder is one of North Americas most popular tourist attractions attracting 30 million visitors a year.

Waterton Lakes is another national park that you must visit. Spread across the border of the United States and Canada, the American Side is known as the US Glacier Park. The Red Rock Canyon here is with its bright red rocks is particularly striking as is the Buffalo Paddock. The Herds of Wild Buffalo chose their home wisely with the beautiful Cameron Lake and Blakiston Falls at their feet. In the North Of Canada in the state of Manitoba is the Wapusk National Park. This is one of the only places in the world where you can spot polar bears living in the wild in their chilly yet scenic natural habitat.

Canada is the dream destination for those who appreciate the outdoors not only for its natural wonders and breathtaking scenery but also for all the wealth physical activities one can enjoy. During n the summer season, Canada’s scenic landscape makes a great hiking destination. The East Coast Trail along the continent’s coastline is an incredible trek while the fast-flowing rivers in the Banff National Park provide the perfect conditions for white water rafting. The Town of Whistler in British Columbia has become a famous destination for Bungee Jumping which is done above Glaciers along its river and Edmonton in Alberta is famous for world-class skydiving instructors.

During the winter season besides meeting Polar bears, you can Kayak alongside Beluga Whales in Churchill. But the main draw here is Canada’s fantastic Skiing and Snowboarding resorts. Again it is Whistler providing the top draw entertainment, home the highest peaks in Canada and a previous host of the Winter Olympic Games skiing events.

3 interesting UK cities to visit instead of LondonNext Article 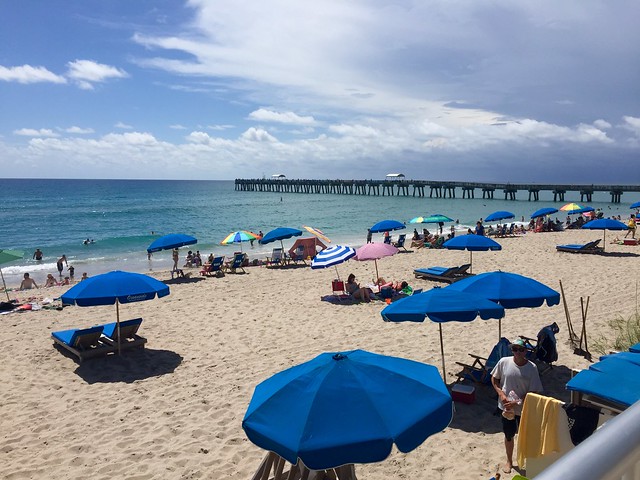 Top 10 Things to Do in Lake Worth, FL